On August 28th, 2017 transit service in Campbell River is being expanded and restructured to better serve the City; changes include:

This service change is a key part of the Campbell River Transit Future Plan and Master Transportation Plan. The goal of improvements to frequency and directness is to make transit easier to use and a more attractive choice to area residents who currently choose to drive while still serving existing transit customers.

Will there be additional help for people learning the new system?

BC Transit staff will be on site in Campbell River on August 28th and 29th  at key locations to assist current transit customers with adapting to the new routes and schedule. Support materials such as paper-trip planners and on-board rack cards will also be available.

What public Consultation was carried out for these changes?

Public Consultation for this service change was carried out in February and March of 2017 and based on what we heard from participants changes to the proposed service have been made. Details of the public engagement may be found in section 4 of the Campbell River Implementation Plan, and also Appendix F of the same document.

Information Panels used for Public Consultation in February and March 2017 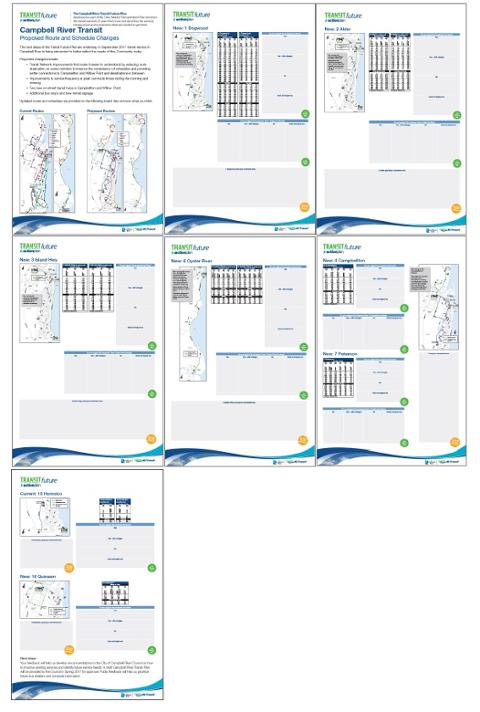 Preview of the new Riders Guide

BC Transit Presentation to Council