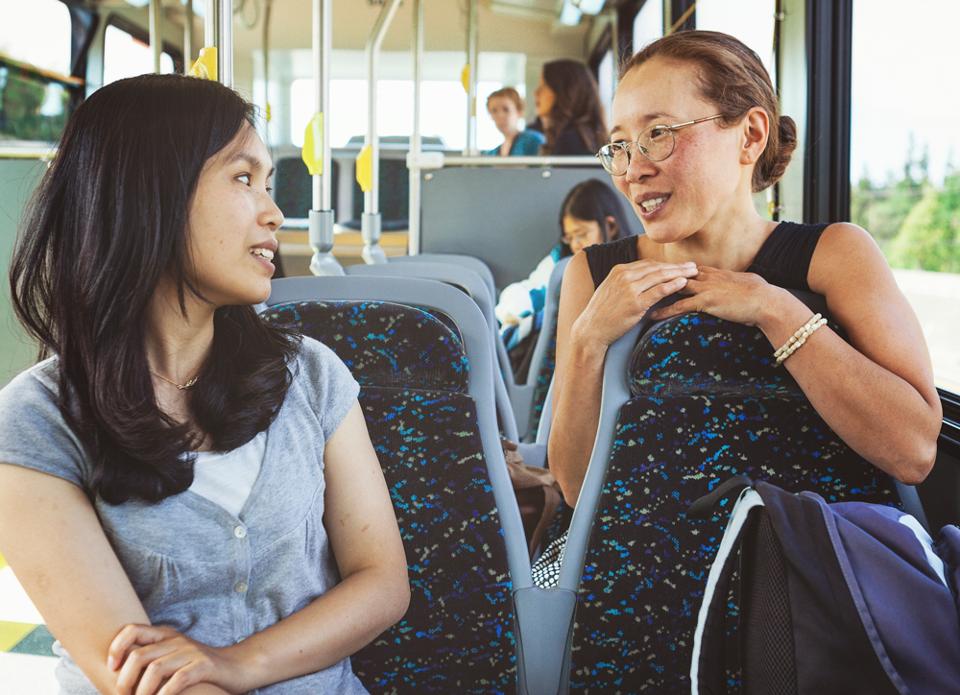 BC Transit, in collaboration with the local partners in the Sea to Sky area, has completed a detailed analysis of proposed new and expanded transit service connecting communities on the Sea to Sky Corridor.

This work was undertaken in collaboration with the Squamish-Lillooet Regional District, the District of Squamish, the Resort Municipality of Whistler (RMOW), the Village of Pemberton, the Lil'wat Nation and the Squamish Nation. BC Transit also worked alongside the Ministry of Transportation and Infrastructure and TransLink as part of this project.

Building on the Sea to Sky Transit Future Plan which was completed in early 2016, the study focused on potential ridership, service levels, routes and fares for regional and interregional services. Supporting infrastructure, governance, and funding considerations were also explored. Click the link below to view the final draft of the report.

BC Transit, in collaboration with local partners, has completed the final draft of the Sea to Sky Corridor Regional Transit Study Report.

If the proposed service is implemented, the study suggests providing approximately 15,000 annual hours of transit service to the corridor. This initial proposed service would consist of six round trips on weekdays and four round trips on weekends between Whistler, Squamish and Metro Vancouver, where passengers would be able to transfer to the TransLink system. The study also proposes adding two new daily round trips to the existing service between the Pemberton Valley and Whistler.

BC Transit, in collaboration with local partners, has finished summarizing the feedback from the second phase of public consultation. The next step in the project is to finalize the transit corridor study, which will be completed by summer 2017. For more information, please contact us at seatosky@bctransit.com.

Results from the Phase 1 consultation can be found here

Results from the Phase 2 consultation can be found  here

Over the past two years, BC Transit has completed a long-term transit strategy (Sea to Sky Transit Future Plan) with the local Sea to Sky partners, citizens and stakeholders.

The long-term transit strategies envision what the community’s transit network should look like 25 years from now and describe what priorities, infrastructure and investment are needed to get there.

As part of the Sea to Sky Transit Future Plan, there were two key regional recommendations for completion by 2020. They include:

Face coverings are mandatory onboard in all BC Transit communities. Learn more: bctransit.com/covid19