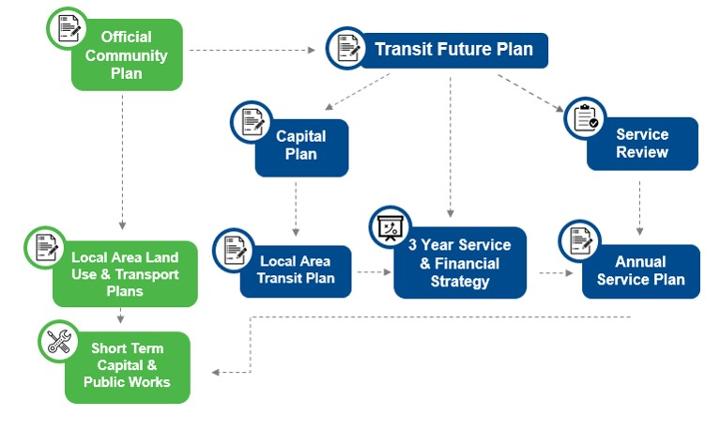 Phase one of public consultation took place in September and October 2018 at locations across Esquimalt and View Royal. Transit Future Open Houses were hosted at Eagle Creek Plaza, CFB Esquimalt and the Esquimalt Farmers Market. At each, the public was encouraged to provide feedback on transit improvements within Esquimalt and View Royal, and the Victoria Regional Transit System. In addition to open houses, an online survey was deployed to capture feedback from members of the public that could not attend an open house in person.

In February 2019, we held two workshops, one with community stakeholders and engaged transit riders, and the second with our transit operators. At each workshop, we discussed concerns or challenges that were identified in the first phase of engagement and developed route concepts to address the concerns.

In Fall 2019, we’ll be back in the community for another round of Transit Future Open Houses, looking for feedback on the concepts we developed in the workshops. Stay tuned!

Based on what we heard during previous public engagement activities held as part of the Transit Future Plan and Service Review, priorities for transit improvements to Esquimalt and View Royal are:

This process allows us to develop service improvements before we finalize the plan for endorsement by the Victoria Regional Transit Commission. Once endorsed, BC Transit will start to implement changes to improve the transit system.